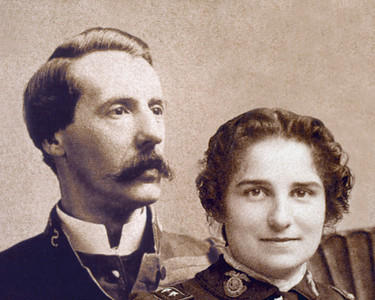 Volunteers of America was founded in 1896 by social reformers Ballington and Maud Booth. They envisioned a movement dedicated to “reaching and uplifting” the American people. On behalf of the organization, the Booths pledged to “go wherever we are needed, and do whatever comes to hand.” That declaration continues to guide Volunteers of America’s outreach efforts today.

The Early 1900s
In turn-of-the-century America, there was no shortage of work to do. The Volunteers moved into tenement districts to care for people in poverty. They organized day nurseries and summer camps, provided housing for single men and women, and established the nation's first system of halfway houses for released prisoners.

The Depression
The Great Depression of the 1930s stretched the nation's private social welfare system almost to the breaking point. Volunteers of America mobilized to assist the millions of people who were unemployed, hungry and homeless. Relief efforts included employment bureaus, wood yards, soup kitchens and "Penny Pantries" where every food item cost one cent. 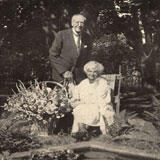 Wartime
Volunteers of America served proudly on the home front during both world wars. The group operated canteens, overnight lodging and Sunday breakfasts for soldiers and sailors on leave. Affordable housing and child care were provided for defense industry workers. Further, Volunteers of America spearheaded community salvage drives during World War II, collecting millions of pounds of scrap metal, rubber and fiber for the war effort.

The 1960s
Our special mission in housing dates to our organization's founding. Volunteers of America helped accelerate real estate development during the 1960s by taking part in numerous federal housing programs. Since 1968, Volunteers of America has developed over 300 affordable housing complexes in more than 30 states.

The 1970s
In the 1970s, the organization emerged as a major provider of professional long-term nursing care. Today, Volunteers of America not only offers home health care and related services, but owns and operates several nursing facilities, and assisted and independent living residences.

Today
Now in our second century of service, Volunteers of America is one of the nation's largest and most comprehensive human services organizations, touching the lives of more than 2.5 million people each year in hundreds of communities across the United States.

Planning for the next 100 years, Volunteers of America will continue to prove that “there are no limits to caring.® while also establishing ourselves as a leading provider of aging services to the support nation’s rapidly-growing senior population. We will change the aging experience through our most aggressive initiative to date ― Aging with Options™.